There were two significant solo traveling exhibitions early in my career : "A Sense of Place", Sunderland Arts Centre and 4 Sculpture Parks, UK, 1984/5, is represented here by scans from the accompanying book.*

Having graduated in 1979 from the Brighton Art College Sculpture Department  as a 'Land Artist', I was to drawn to Grizedale like a moth to a flame. Fresh out of college, I actually applied for the residency but it went to a well established sculptor and teacher, the late Alan Grimwood. Undeterred, in the summer of 1980 I climbed on my Ariel Arrow and headed to the Lake District to camp in Grizedale Forest for a few weeks. I spent some time with Alan Grimwood and helped him to erect "Figure in a Pond" in a 'cloud' of Mosquitoes! Hearing that I was (by this time) doing a Diploma in Professional Photography and looking for a project, he suggested that I approach Northern Arts.

The Grizedale Forest Sculpture Residency was established in 1977, the brainchild of Peter Davies, it was breaking new ground by providing opportunities for sculptors in a working forest, creating sculpture that would usually have built-in transience, most was destined to be reclaimed by the forest (or the loggers) sooner or later. ​The Grizedale Residency provided a unique creative experience without the pressure of an 'expected outcome'. Peter received my proposal to document the Grizedale sculptures enthusiastically and over the next 4 years I worked towards what was to become "A Sense of Place".     (Continued below...)

(*The other traveling exhibition was "Four Ancient Essex Churches Through the Fall of Winter", it toured 35 venues in Essex and N.E. England, 1984-87.)
The illustrations below show most of my colour plates, the artists' chapters which constituted the second half of the book were illustrated by my photographs in black and white. (Click on the pages for enlargements.) 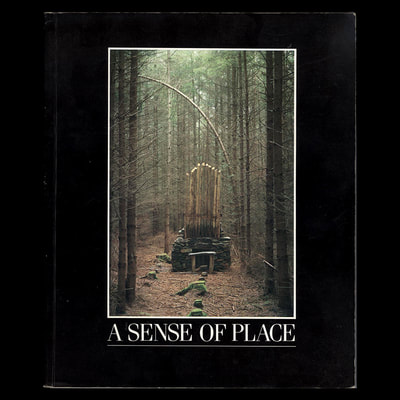 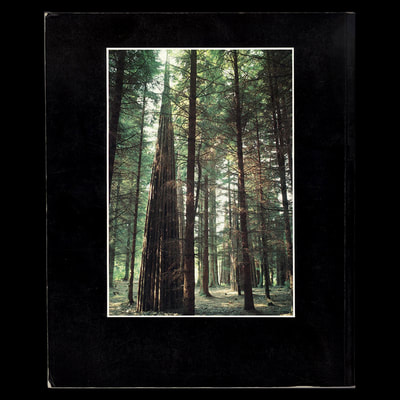 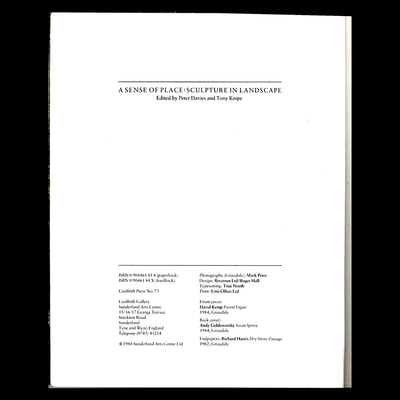 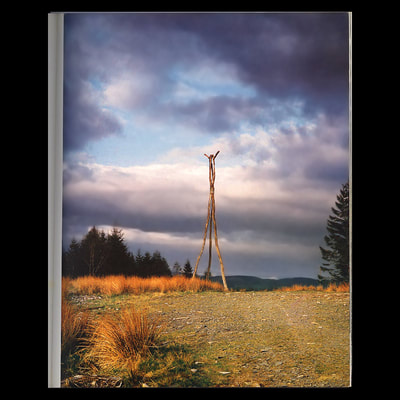 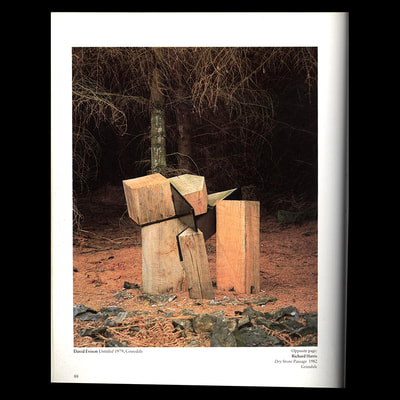 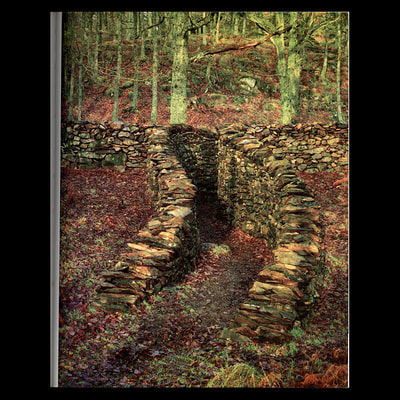 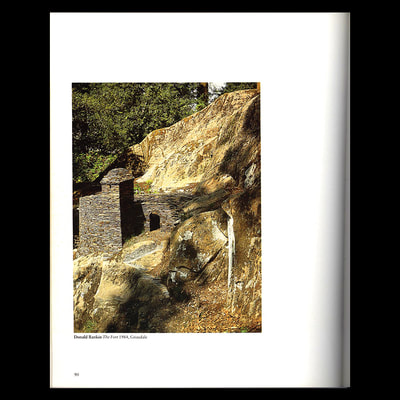 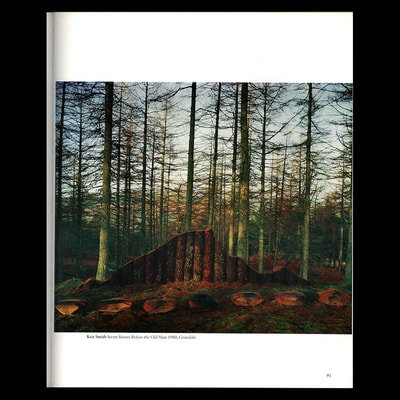 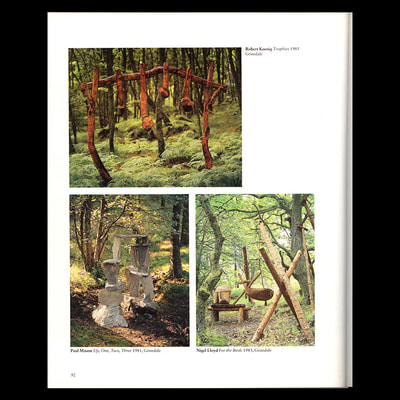 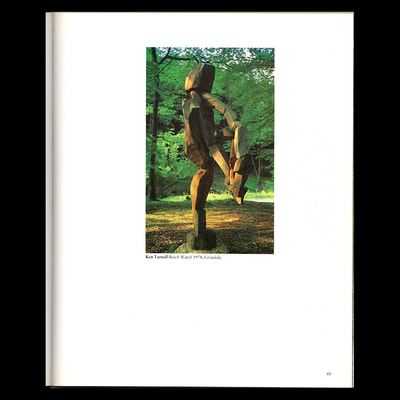 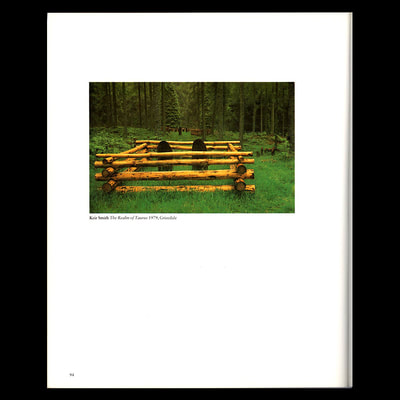 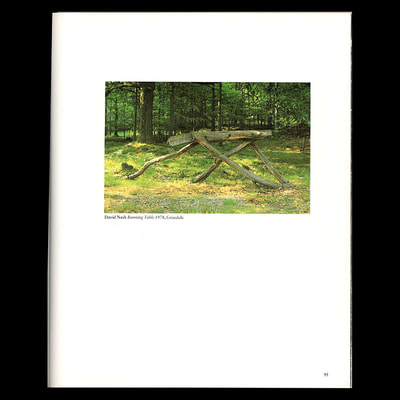 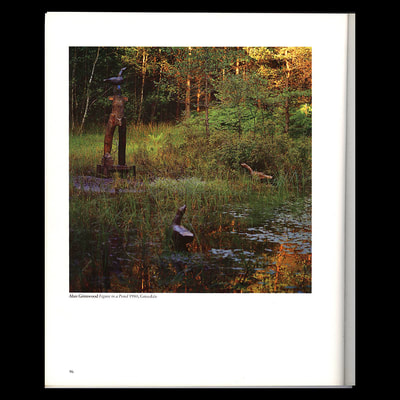 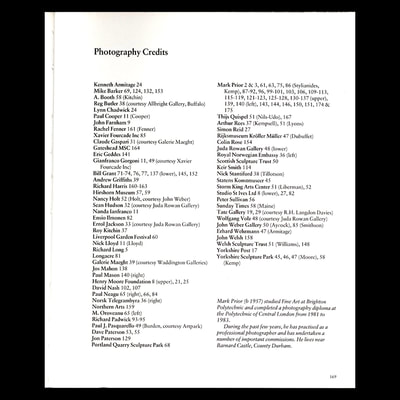 Between 1980 and 1984 I spent just about every vacation in Grizedale Forest, and that encompassed every season, Christmas and New Year included. To photograph each sculpture at it's best was usually a matter of precise timing and planning rather than luck. I would decide on the time of year, time of day, and the right weather to provide the desired quality of light, which often meant planning months ahead.

David Kemp's "Forest Fugue" (front cover) was only bathed in that lovely soft light for about twenty minutes as the sun went directly over the gap between the rows of trees the sculpture was sited in, and it had to be on a cloudy day. Kier Smith's "Seven Stones Before the Old Man" (see above) echoed the outline of the mountain behind it, "The Old Man of Coniston", which could only barely be seen in Winter when there were less leaves on the trees. The low winter sun shining more on the trees behind, emphasizes the strong outline of the sculpture which almost appears in silhouette.

Richard Harris' work is truly Land Art and belonged to the site in a way that made it look as though it had always been there, literally prehistoric. It was therefore a joy (i.e. easy) to photograph. On the other hand, David Evison's to me rather 'cold', 'geometric' work was built in the studio and then 'placed', and they were always a challenge to photograph, to tie the piece to it's surroundings.

​Every piece I photographed has it's own story that I'm reminded of each time I see it's 'portrait'. I got to know or at least meet all of the sculptors during that period, some became friends. Looking back, Grizedale was both rich in experience and played a major role in honing my landscape photography skills.
Click on the pages below to download readable PDF files... 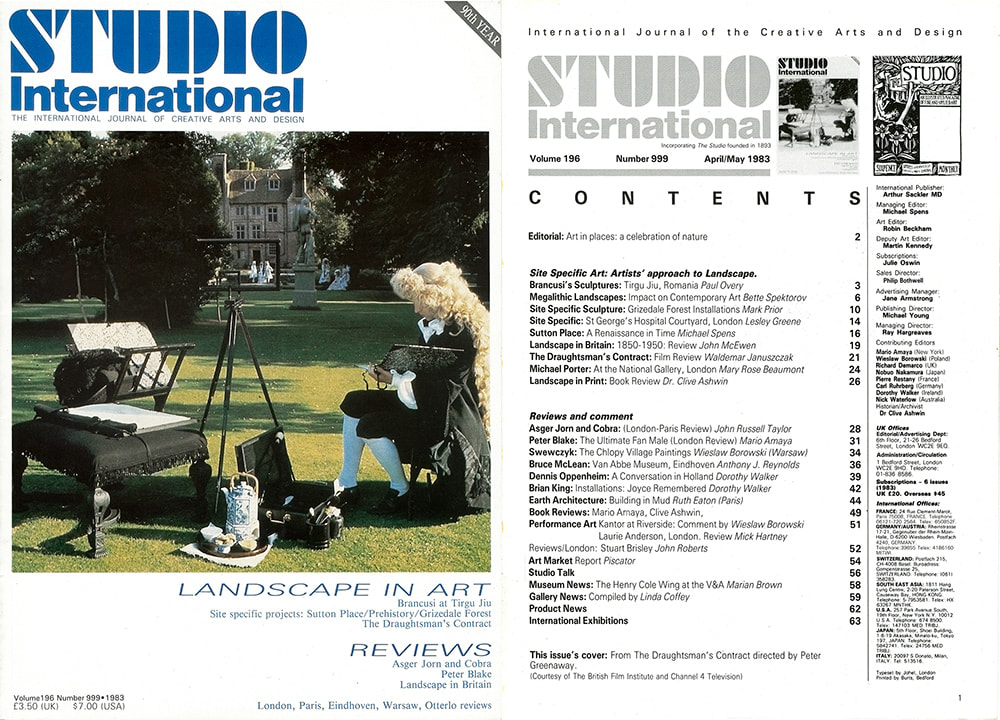 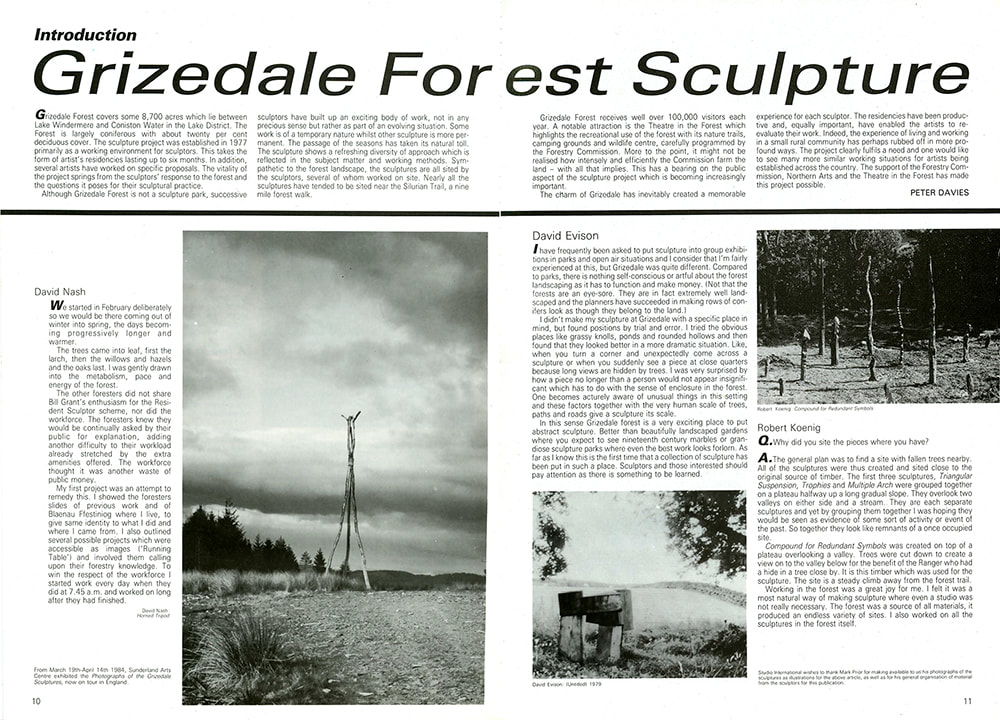 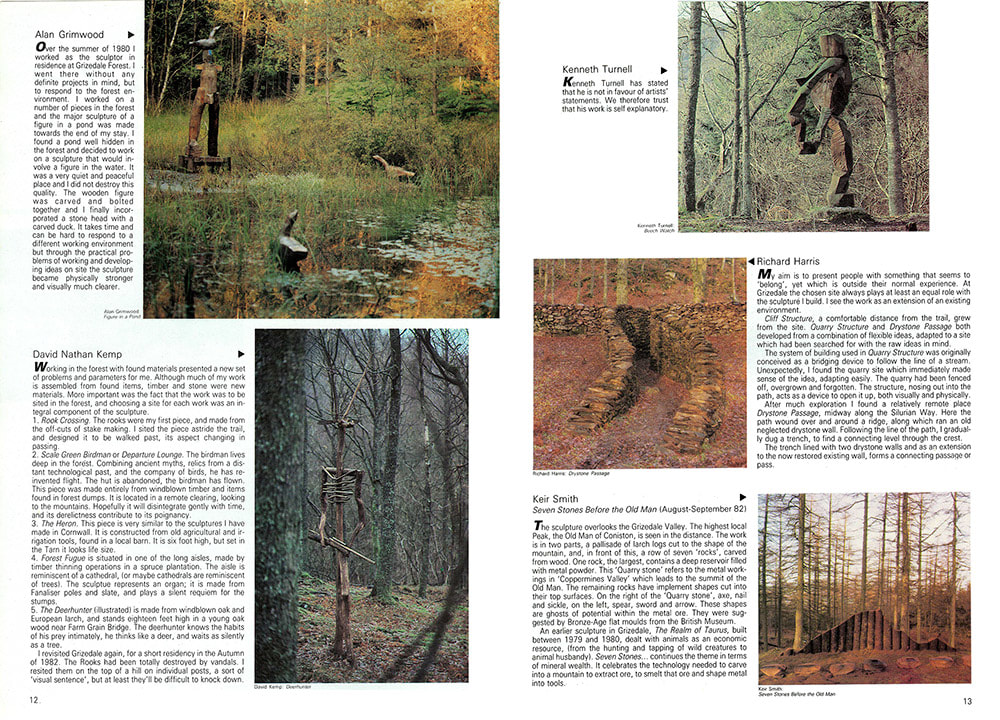 PHOTOGRAPHY ARCHIVE : GRIZEDALE SCULPTURES 1977 - 84
​
All of my original negatives and transparencies, 4"x5", medium format and 35mm Kodachrome transparencies (50 ISO/ASA) are archived and in excellent condition. To the best of my knowledge, the photographs include every sculpture from 1977 to 1984, what you see here barely scratches the surface. If you are interested in using them for commercial or educational purposes please contact me.

​OTHER SELECTED BODIES OF WORK